I regret to inform you that Polydactyl records is completely defunct, and has been for some time. Please don't contact us, but feel free to check the site out, snoop around and explore if you have nothing better to do.

Posted by Polydactyl Records at 1:41 PM No comments:

New single by new band check it out!

Posted by Polydactyl Records at 12:18 PM No comments:

So, it's been a while since anything happened, well besides Corbin rockin' it Denton style.  But.... there's a new band.  I can't tell you the specifics of the line up, but they're called Djikstra for Girls. They're Austin based.  They only do singles. They play some mean pop.  And they don't do windows.

Stay tuned for a new single sometime this summer!
Posted by Polydactyl Records at 7:55 PM No comments:

On "Kissingerology" and Lauren Moseley 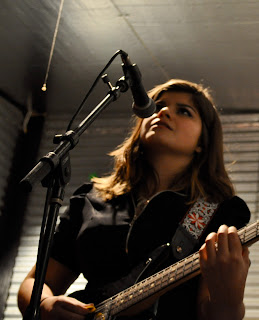 Probably one of the greatest musical adventures of my life was when I recorded and played in Lauren Moseley’s band. Lauren was then and probably still is now a free spirit, occasionally counterproductive, occasionally unpredictable. I don’t remember who she approached first my brother, or myself but after the three of us working together on “Nougats” (a spoof of the Nuggets compilations) we decided that we’d record the Lauren Moseley album over the summer of 2010. And it was a big task for my brother and I, Arguments and jokes spilled on after the tracks showed how tense it could be to record with her, there was odd numbered sections and some songs I just guessed with the chords and worked it out after successive takes. The clanging of dishes, trains, and footsteps occupied the album as well. It was like we were pioneers of a great unknown, or on a ship facing the boring reality that is mundane life in a Dallas suburb. We’d go in, Broderick and I would learn her songs, record, re-record, mix, and hopefully by the end of the process something good came out. I remember spending day after day, stuck in the “studio,” which was really the upstairs living/music room, diligently working on tracks, re-doing out of time drum parts and vocals. And it was amazing when it finished. I know I’m biased and I know the recording wasn’t “pro,” but there was something in the songs that still lingers; a journey we’d all still like to take or go on again.

An Epitaph to the Lauren Moseley Band 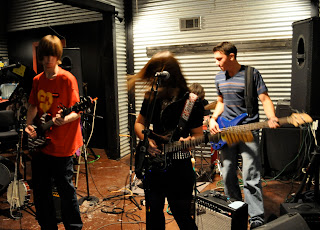 For me, that journey was playing the scarce amounts of shows with her and a backing band. I recruited two members from my previous group (Corbin and The Loners): Paige Thompson on flute, and “Giermo” McManus, the nicest guy you’ll ever meet, on bass. And through a facebook friendship I found Eric Saffle who would wonderfully play drum set after my brother had to leave. Together we formed in my mind a culture of freedom and a culture of excitement outside the terrible monotony of suburban Colleyville. We were the only band in the only “scene” that existed there. Sure there were other people, and other bands, and there were hipsters who could play guitar, but as far as I’m convinced they didn’t have the type of stuff that we all ideally exhibited. I’d plug in my SG Special into my multi-effects pedal and Lauren would break out the Jaguar, Giermo would pump out supportive lines, flute mimicked guitars, drums were loud and full, and then we’d just go at it. It was the music I was born to play. The live sound also differed drastically from the recorded album, new songs were added, and we went different ways with the songs. It felt free, it felt right, and even with the flaws of my bad backup vocals, or out of tune guitar, the live Lauren Moseley sound was such that it didn’t necessarily matter who listened, it just mattered that we all were present, we were there and we knew how great it was.

Because we were in a small scene, a new band, and bad at getting gigs the band together only played two gigs; the first being at Grapevine’s only alternative record store/rehearsal space Play Pause Replay. Until I began doing more over-the-top things with my current band Noiserock Treehouse, it was the best show I had ever played. I cannot tell you the hours upon hours I have watched the footage of that gig. It was truly a magical performance in a suburban vacuum that only the few people who knew about us were really able to check out. The next show at Jupiter House was just a bad venue for the band, and while we played better than at the first it sadly wasn’t a good fit and I’m pretty sure the staff were glad once we left. After that show the band faded out of contact, we all went our separate ways more or less. I played a few gigs at Roots before she left the country and later formed my current band Noiserock Treehouse. I still see some of the members now and then, others more frequent than others.
Now looking back on a band that once was and possibly could have been more productive in forms of recording output, and shows, Lauren’s band footage and recordings are a testament to action in a sea of passivity in a place where band members or even like-minded individuals going against the mainstream were hard to find. It’s both a victory and a defeat that this epitaph I am writing exists but in light of that I’ll end it here.

Posted by Polydactyl Records at 5:42 PM No comments: 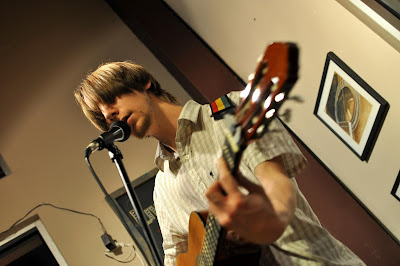 Corbin Young will be playing a solo gig at Roots in North Richland Hills on August 17th at 8pm. Other acts for the gig have yet to be determined but several new songs have been written which will be new to the usual Roots crowd. Noiserock Treehouse is also planing to start giging in September at the earliest while writing and rehearsing for an EP that will possibly show up on Polydactyl's sister label Teflon Beast Records. (photo Jon Huey)
Posted by Polydactyl Records at 10:48 PM No comments:

Anybody interested???  Drop us a line an tell us what you think.
Posted by Polydactyl Records at 11:03 PM No comments: 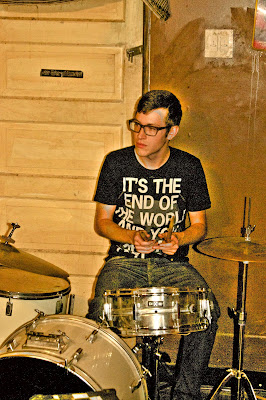 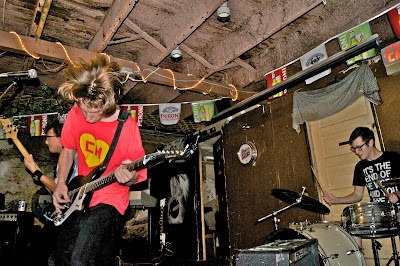 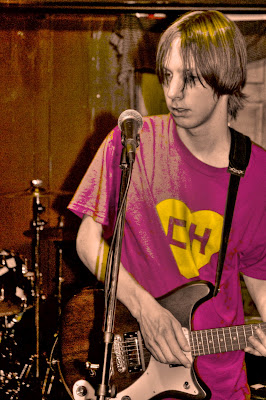 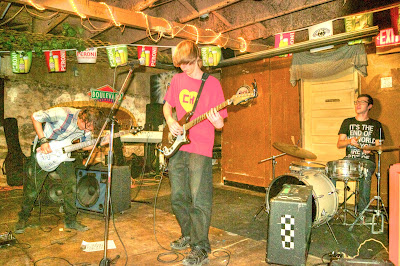 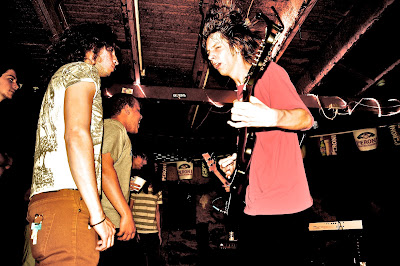 The show at J and J's was AMAZING! First to open was Dub Lemons with a fabulous solo set. Next was the Progressive Folk duo Protean Boadcast playing far out space echoed jams with Max Morris on acoustic guitar with percussive effects and Count Louisifer III, who played later with Noiserock Treehouse, on bass. After Protean Broadcast was Various Artists, the actual name of the band who rocked the house with Jazz and Rock grooves and even played an encore. Headlining the event was the newly formed Noiserock Treehouse (Corbin, Louisifer III, and Sean Mclellan) whose punk rock energy moved the crowd to hardcore dancing, singing-a-longs and more that you'll just have to see from the footage to believe. Thanks to everyone who came out, the mysterious benefactor who gave the bands money, Jon Hohman for the pictures, and Jon Huey/Stephanie Clausen for the footage of Noiserock, and Daniel the sound guy, and the rest of the J and J's staff there.
The next Noiserock Show will be at Art Six on May 12th at 9pm with PurlSnapShirts.


Posted by Polydactyl Records at 8:16 PM No comments: